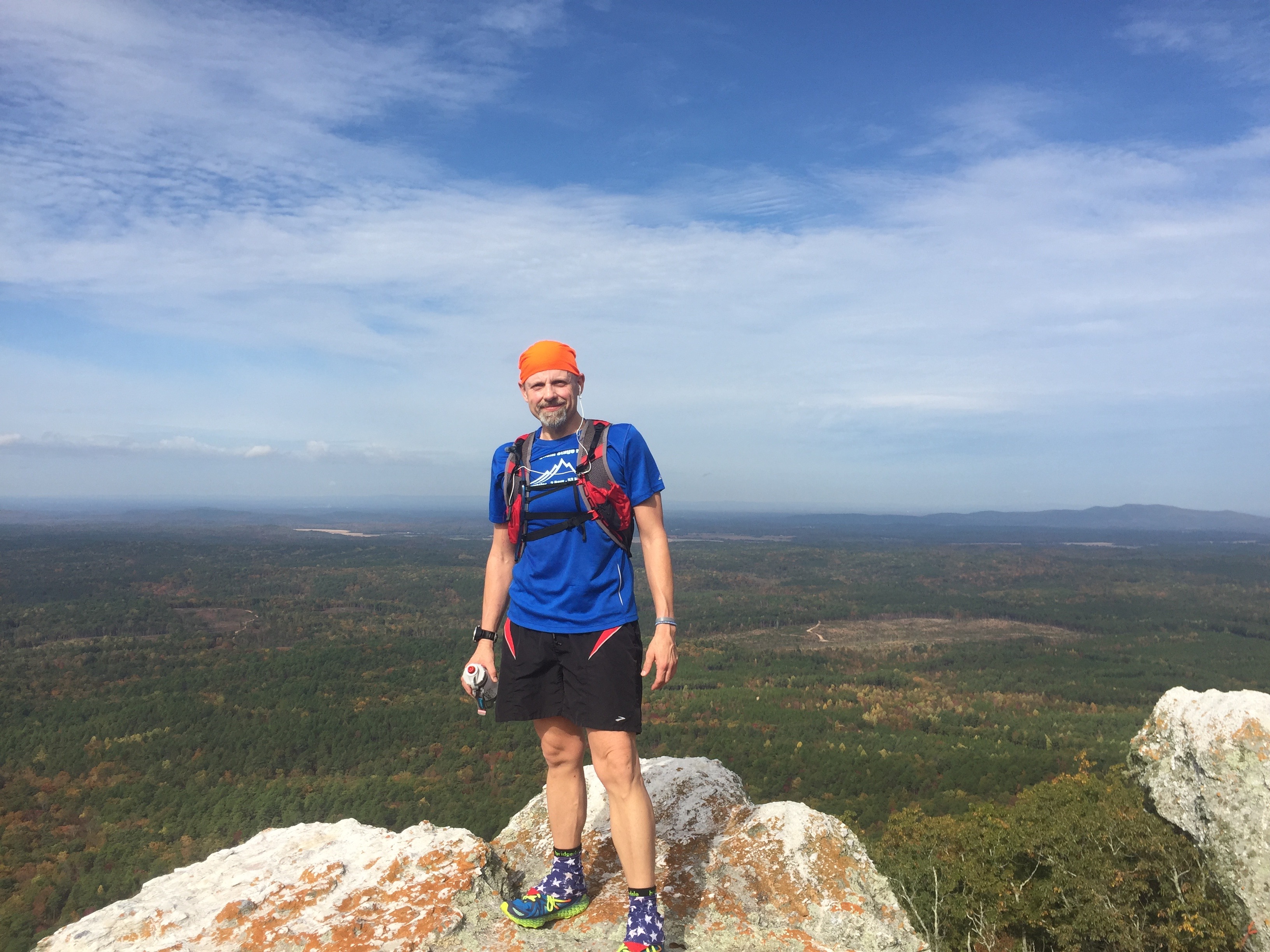 I met some trail friends for a run along the Pinhoti Trail this morning.  Some were having their final long run before the Pinhoti 100 in two weeks.  Others, like me, were in the build phases for races a little further down the calendar.

This is a section of the Pinhoti that I’d never run before.  If you are Pinhoti 100 runner, you will recognize this section as it extends from Porter’s Gap to Bull’s Gap, roughly miles 68-85 or so.

Since it is hunting season, I broke out the hunter orange Buff.